Introduction to java
A small history of Java.
Java is a programming language created by James Gosling


from Sun Microsystems (Sun) in 1991. The target of Java is to write a program once and then run this program on multiple operating systems.
Java is a general-purpose programming language that is class-based, object-oriented, and designed to have as few implementation dependencies as possible.
History
James Gosling, Mike Sheridan, and Patrick Naughton initiated the Java language project in June 1991.[24] Java was originally designed for interactive television, but it was too advanced for the digital cable television industry at the time.[25] The language was initially called Oak after an oak tree that stood outside Gosling's office. Later the project went by the name Green and was finally renamed Java, from Java coffee.[26] Gosling designed Java with a C/C++-style syntax that system and application programmers would find familiar.[27]
The Principles of JAVA
There were five primary goals in the creation of the Java language:[18]

As of March 2019, Java 8 is supported; and both Java 8 and 11 as Long Term Support (LTS) versions. Major release versions of Java, along with their release dates:

One design goal of Java is portability, which means that programs written for the Java platform must run similarly on any combination of hardware and operating system with adequate run time support. This is achieved by compiling the Java language code to an intermediate representation called Java bytecode, instead of directly to architecture-specific machine code. Java bytecode instructions are analogous to machine code, but they are intended to be executed by a virtual machine (VM) written specifically for the host hardware. End users commonly use a Java Runtime Environment (JRE) installed on their own machine for standalone Java applications, or in a web browser for Java applets.

Java uses an automatic garbage collector to manage memory in the object lifecycle. The programmer determines when objects are created, and the Java runtime is responsible for recovering the memory once objects are no longer in use. Once no references to an object remain, the unreachable memory becomes eligible to be freed automatically by the garbage collector. Something similar to a memory leak may still occur if a programmer's code holds a reference to an object that is no longer needed, typically when objects that are no longer needed are stored in containers that are still in use. If methods for a non-existent object are called, a null pointer exception is thrown.

Get Free Email Updates to your Inbox!👇💥 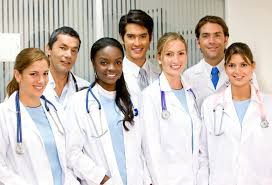